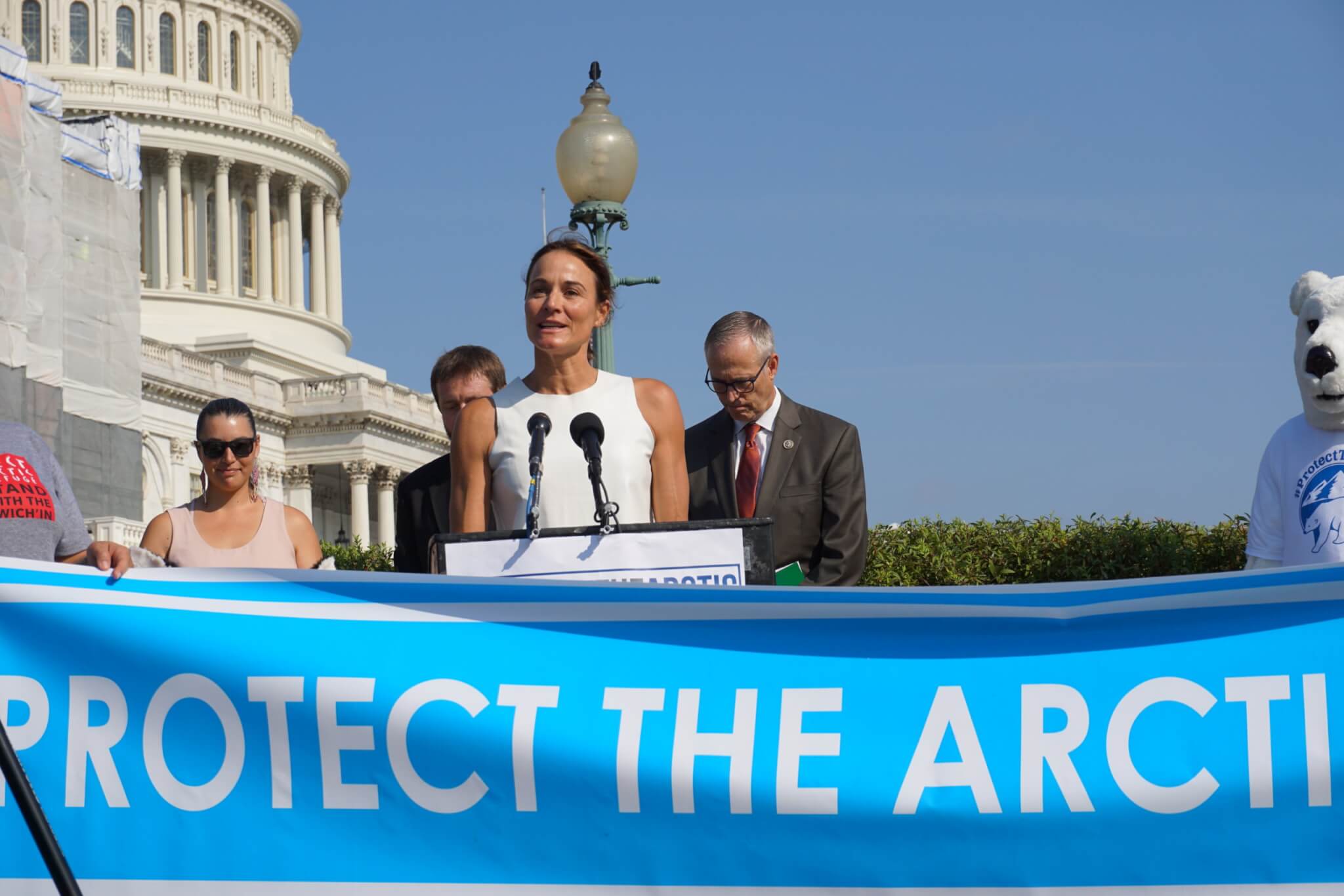 WHAT YOU NEED TO KNOW:

The fight to protect the Arctic National Wildlife Refuge is nothing new. Talks of opening the Refuge to oil and gas development have been ongoing since 1977. But a major shift in the discussion occurred in 2017 when the Tax Cuts and Jobs Act legally opened the Arctic Refuge to drilling. POW has been sending thousands of comments to our lawmakers––working to block forward momentum on oil and gas development in the Refuge––ever since.

And now we have a chance to turn this bill around. A bipartisan group of 100 House lawmakers recently introduced and passed a bill that repeals the section of the 2017 tax-cut law that opened the Refuge for drilling. Now a new bill is off to the Senate and we need help getting it across the finish line. This is a chance for the entire outdoor community to defend the Arctic Refuge and set an example for the rest of our public lands. The oil and gas industry doesn’t own our public lands.

This bill has passed the House and now moves onto the Senate.

How Did We Get Here:

In 2017, GOP lawmakers introduced the Tax Cuts and Jobs Act, sneaking in a small provision that mandated opening Area 1002 (a 1.5 million acre section of the Coastal Plain within the Arctic Refuge) to oil and gas development. It passed along party lines by an ultra-thin margin: 51-48.

Had it been presented as its own bill, it would have required at least 60 votes to move forward, making it unlikely to pass.

Why Are We Talking About This Now:

A little while ago, representatives Jared Huffman (D-Calif.), Alan Lowenthal (D-Calif.) and Brian Fitzpatrick (R-Pa.) recently co-signed a bipartisan bill, along with support from 97 other representatives, that would repeal that section of the 2017 GOP tax-cut law that opened the refuge for drilling in the first place.

That bill, called the Arctic Cultural and Coastal Plain Protection Act, states that “oil and gas activities are not compatible with the protection of this national treasure.” And in September 2019, it PASSED. Now a new bill has been introduced to the Senate that we’re working to pass.

Will you write to your lawmakers?

Why is POW Getting Involved:

Opening the Arctic Refuge to oil and gas development would not only irreversibly destroy the largest national wildlife refuge in the country––and deeply impact the outdoor enthusiasts who seek adventure and solitude there––but would also add significantly to the climate crisis at a time in which it is imperative to curb our emissions and adopt clean energy.

“Drilling in the Arctic is a pristine example that we’re going down the wrong path…It’s not only about the fact that we’re potentially irreversibly decimating a fragile and unique public land but that we’re continuing to extract oil to support our lifestyle when we have other options to put our energy toward.” -Kit DesLauriers, Professional ski mountaineer and POW Alliance member

The IPCC says we have 11 years to mitigate the worst impacts of the climate crisis. Opening the Arctic Refuge to oil and gas development would not only further us from this incredibly time-sensitive benchmark but set a precedent that removes public lands from the people and places them in the hands of private industry.

The Arctic Refuge is a place of adventure, solitude and consists of a wilderness that simply doesn’t exist anywhere else in the world. As outdoor enthusiasts, it’s important that we protect where we play.

“The oil industry argues technology is great so their impact is small. But in Prudhoe bay, just 100 miles away from the Arctic Wildlife Refuge, the environment has been devastated. The north slope experiences an average of 504 oil spills a year, totaling more than 1.9 million gallons of toxic substances between 1996 and 2004 (according to the Alaska Department of Environmental Conservation). The air pollution is worse than in Washington D.C. They are constantly fined for ignoring environmental regulations. The list goes on. Even if you trusted the oil companies when they say it will be different in the Refuge it doesn’t solve the effects of extraction on climate change in a place where average temperatures have already exceeded three degrees. Ninety-five percent of the Arctic is already open to oil and gas. Can we keep just five percent off-limits? ” – Tommy Caldwell, POW Alliance member & professional climber

In May 2019, we headed to Washington D.C. for our Arctic Fly-In alongside partner organization The Alaska Wilderness League. We brought leaders from the outdoor community to talk with our lawmakers about the importance of voting yes on the Arctic Cultural and Coastal Plain Protection Act.

Now the Senate has a chance to take the next step and pass Arctic Refuge Protection Act (Senate Bill 2462) to not only halt drilling in the Arctic National Wildlife Refuge but also designate wilderness to keep drilling out for decades to come.

This website uses cookies to improve your experience while you navigate through the website. Out of these, the cookies that are categorized as necessary are stored on your browser as they are essential for the working of basic functionalities of the website. We also use third-party cookies that help us analyze and understand how you use this website. These cookies will be stored in your browser only with your consent. You also have the option to opt-out of these cookies. But opting out of some of these cookies may affect your browsing experience.
Necessary Toujours activé
Necessary cookies are absolutely essential for the website to function properly. This category only includes cookies that ensures basic functionalities and security features of the website. These cookies do not store any personal information.
Non-necessary
Any cookies that may not be particularly necessary for the website to function and is used specifically to collect user personal data via analytics, ads, other embedded contents are termed as non-necessary cookies. It is mandatory to procure user consent prior to running these cookies on your website.
Enregistrer & appliquer